Loch Scardroy (also known as Loch Beannacharain) is a natural loch lying at the top of the River Meig valley approximately 8½ miles beyond Loch Meig. It lies at an elevation of 476 ft (145m) above sea level, is approximately 1.7 miles (2.75 Km) in length and up to 550 yards (500m) in width, and has a total area of 250 acres (101 hectares). The loch reaches depths in excess of 50m, so the best boat fishing is to be expected along the margins and in the shallower bays at both ends of the loch. In addition to wild brown trout Loch Scardroy also contains Arctic char, so there are also ferox trout present. 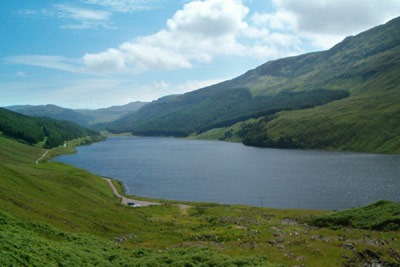 Loch Achonachie Angling Club has 2 boats available on Loch Scardroy, and permits are also available for bank fishing along the south shore (opposite shore to roadside) which can be reached by wading across the inlet or outlet rivers.

The loch opens on April 1st, and fishing can be excellent as early as opening day, though in general it tends to fish better as the season progresses and temperatures warm up.  The average size of fish is about 10oz, but an average bag will also include some ¾ pounders and typically at least one at 1lb.

Flies: Dark flies seem to do best, black being popular with Black Pennels and Blae and Blacks doing particularly well, but Soldier Palmer, Greenwells Glory, Kate Maclaren, Olive Bumble, Grouse and Claret and snatchers are all worth a go.

Fishing is permitted on Sundays. 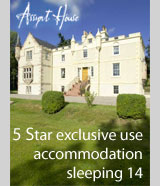